From a turntable comes another type of signal than from a CD player or streamer. This is for two reasons, one has to do with the way records are being fabricated, the other reason is the kind of cartridge that is used to play the records.

When putting the music onto a record, a correction is applied in the low frequencies in order to avoid large oscillations of the groove. The low frequencies are first weakened before being 'cut'. It uses a fixed frequency response, called the RIAA curve. There are several curves, which were used long ago, the most famous is the Decca curve. When playing a record the applied curve must be undone. In any phono stage is such a circuit, without this circuit  the music would not sound good.

The second reason that a phono stage is needed, comes from the fact that cartridges have a small voltage-output. The signal should only be provided at a level considerably before it is equal to that of other sources like CD, tuner and streamer. The amount of amplification is dependent on the type of cartridge used, moving magnet (MM) or MC (Moving Coil). An MC usually has about 20dB (100x) require more amplification than an MM cartridge.

Some turntables have built-in phono stage (usually of poor quality), so they can  directly be wired to a line input of the amplifier  Find out before you order a phono stage, if it is suitable for your application 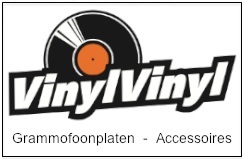